DAKAR, 19 December (IRIN) - When floods in August 2005 made some of Dakar's most impoverished suburbs uninhabitable, Senegal's long-standing plan to transform its slums into modern housing took on a new urgency.

With at least 20,000 people suddenly homeless, the government announced an emergency plan costing 52 billion CFA (US $ 104 million) to build 4,000 cement homes, set neatly in rows with electricity and running water.

"Henceforth people should be able to rise above [their poverty]," said Senegalese President Abdulaye Wade. He called the plan "Jaxaay", which means "eagle" in the local language of Wolof, because it would help Senegalese become "the bird which flies the highest".

More than a year later, across much of Dakar's periphery where the Jaxaay houses were to be built only empty fields remain, while thousands of the flood victims still live in temporary tented camps.

The camps are as bad as the slums. When the rainy season came again in August 2006, the tents leaked. "We have to have buckets all around," said elderly Coumba Diop, pointing to large holes in the tattered tarpaulins over where she sleeps along with four other adults and seven children. "And when the sun comes out, the temperature under the tent is worst than an oven."

The army provides some services to the camps but they are inadequate, said Major Aljouma Yade, who heads the infirmary for two camps in the suburb of Yeumbeul where over 6,000 of the homeless people now live. "Sanitation is precarious with a lot of diarrhoeic disease," he said.

Malaria is a big problem, he said, and last year there was a cholera outbreak. At one camp called Ganar, 500 people share just six showers and toilets. Adding to the stench there are piles of garbage that never get collected. Most of the camps are too far away for children there to go to school, Seydou Diop, a representative for the displaced, told IRIN.

And there is no indication of when things might change. "No one knows how much longer we must wait before we can go to Jaxaay," Diop said. "We don't have any information. No one is telling us anything," he said.

Construction deadlines have shifted. In October 2005 the government's minister of urban management, Assane Diagne, promised that Jaxaay would be finished before the next rainy season. President Wade was quoted at the time in the government news agency as saying he would ask the National Assembly to find the money for Jaxaay from the part of the national budget that had been allocated for the 2006 legislative election, which he then delayed to 2007.

But according to the co-president of the Jaxaay government commission, Farba Senghor, "When the floods occurred the budget had already been allocated and the state didn't have more money. So we had to wait for the next budget." Construction didn't start until March 2006, he said.

Since then several hundred two-bedroom homes have been built and in September the first families started moving in.

They too have faced problems. The home of Demba Saer Seck and some 30 family members live with mattresses strewn everywhere, including in the kitchen and outside in the yard. "I don't want to complain but to tell you the truth, it is too small," Seck said.

He would like to build more rooms onto the house but the Jaxaay authorities won't allow this until he has paid the entire mortgage. "It's a lot of money," he said. "I don't see how I can pay it."

Advocates for the flood victims are concerned that many families will be unable to afford the new homes. The state covers over 65 percent of the costs of Jaxaay housing, but residents will still have to pay about 4 million CFA (US $ 8,030) over 20 years. Seck said he previously owned a two-story house with 10 rooms in the suburb of Guediawaye, which he lost in the floods.

"That house is now worthless," he said.

Still, Seck and other residents of Jaxaay are the lucky ones, according to Abdou Karim Fall, who works for Enda Ecopole, an NGO that assisted the flood victims. Conditions for the thousands of people in the temporary camps are so deplorable that many people have given up and moved in with relatives in Dakar or back to their villages.

"The only people staying in the camps are the ones that are so poor they don't have any other choice," Fall said.

Sitting in her tent, Coumba Diop said she can only wait and pray: "I still keep hoping that one day they will come and bring me to Jaxaay," she said. "The president of the republic promised us, but in the meantime I'm getting old." 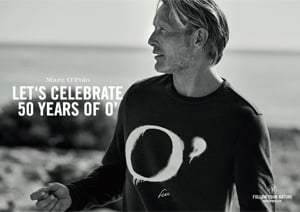 Get the Latest Posts & Articles in Your Email We’ll Promise Dont Send Spam :)